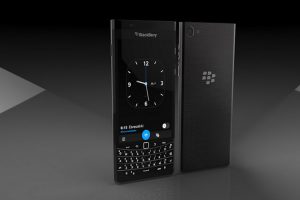 TCL, the company who is handling the manufacturing department of BlackBerry smartphones, has finally published an official teaser, with the glimpse of a new BlackBerry smartphone integrated with a physical keyboard. With the codename ‘Blackberry Mercury’, the phone is reported to be launched at MWC 2017, slated for the next month. In the Mobile World Congress (MWC) 2017, the company will officially reveal the name, price, and specification details about the Mercury Smartphone, but from the teaser, it is quite confirmed the phone will not hit India shores.

Top highlights of the Blackberry Mercury

• The manufacturing company TCT has confirmed that the new handset of Blackberry will not make its way to Indian markets due to the permit contract in December.

• The launch event of the much-anticipated handset, Blackberry Mercury, which was expected to take place on Thursday, at CES 2017 in Las Vegas, unpredictably postponed to the MWC event next month.

• CES 2017 witnessed some glimpse of the phone and a teaser, which lacks any certain information about the QWERTY smartphone.

According to the statement given by Jason Gerdon, Senior Manager, Communications North America, TCT, the upcoming smartphone of the company will not be available in Indian markets because of the terms and condition of the permit deal signed between the two companies, back in December. The License deal permits TCT the exclusive rights to sell the all of the future BlackBerry products across the globe excluding some leading markets like India, Sri Lanka, Nepal, Bangladesh and Indonesia. It means TCT can put all the Blackberry products on sale, except for the selective markets of India and other aforesaid countries.

However, as per some reliable sources, BlackBerry is currently in discussion with an unknown Indian company about its future perspective of launching and selling its products in Indian market. However, currently, there are not many details about the progression of the discussion is yet available. 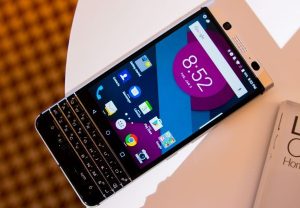 As far as the upcoming handset of Blackberry is concerned, since past couple of weeks, the ‘BlackBerry Mercury’ has been grabbing the headlines due to its top-of-the-line features and high-end specs.

1) Though, the official confirmation about the features and functionalities of the Blackberry Mercury is still awaited, but if the rumors are to be believed, the handset is expected to pack a 4.5-inch IPS LCD capacitive screen with the display resolution of 1080 x 1920 pixels (~ 490 PPI pixel densities).

3) A massive 3400 mAh battery is expected to back the upcoming handset, alongside the Android Marshmallow v6.0 OS on the software front.

4) In the optical part, the phone is said to host an 18-megapixel rear and 8- megapixel front snappers.

5) With some high-end features like the front-mounted fingerprint scanner, fast battery charging technology, dual-tone LED Flash, and Capacitive touch 3-row BlackBerry keyboard, the Blackberry Mercury is estimated to be a premium range smartphone.

Dell is back with its XPS series at the CES 2017

Dell has revised its product with latest high-end technologies and has announced the launch of three fabulous XPS series,...