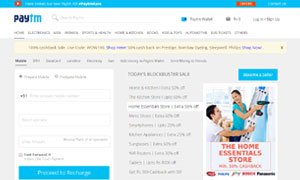 PayTm: A house hold name for mobile bill payment has made it really large

Paytm started its quest highlighting its feature of adding bill payments, showing-off itself as a perfect way to fix one the most hectic contemporary issues, of dealing with returning small residue amounts post bill pays. It was quite hyped being a nice mobile recharge platform as well. Well, now, the platform is being considered one of the strongest contenders in the world of e-commerce, along the likes of Flipkart, Amazon, etc.

Domains it has already conquered:

The growth of Paytm has been envious. It initiated the quest in 2010 with bill adding, ecommerce, and mobile recharge. The bus travel booking service was listed in 2015, and the ticket booking facility in 2016 itself (in association with Cinepolis). Paytm is now one of the obvious to be found app for payment through smartphones. The app is available over all popular platforms, like, Android, Windows and iOS.

It has added the bus travel booking service in to one of its service category as well, in concurrence with the facility of movie ticket booking.

On a specific note, it’s the Paytm Wallet that made Paytm as one of the household names in India for mobile payment service. Paytm Wallet introduced in 2014, and now it has already grabbed more than hundred million wallets and 10 million applicationsdownload. In fact, certain reports suggest Amazon has now dropped in to the second position in terms of mobile downloads.

Considering the envious growth, no surprise really is to witness the showering funding interests towards Paytm. It dragged many attentions when legendry Ratan Tata made personal investment with the firm. Immediate after Ratan Tata’s interest, the company grabbed a whooping $575 million investment from Alibaba Group, one of the leading Chienese e-commerce company.

A complete bank itself:

Paytm created some significant buzz in the year 2015post receiving the authorisation from RBI to be the first ever in India to start payment bank service. Through the process, the established PayTm users now enjoy facilities like debit cards, internet banking, savings bank accounts, etc. It (Paytm) is also acknowledged as one of the functional components of Bharat Bill Payment System that enables the users to pay their bills at any moment, from anywhere.

As a major step towards its branding, Paytm has successfully managed to be the prime sponsor of BCCI (Board of Control for Cricket in India) for entire global and domestic bilateral series organised by BCCI. Paytm has acquired the right for a period of four years, which started in August 2015. The company grabbed this right at an expense of a whopping 203 crore INR. Through the right, Paytm enjoys promoting its brand through the title sponsor logo, promoting its brand through banners at the stadium, and also has got the broadcast sponsorship authorisation. It is here to mention that Paytm was the official partner of the popular Indian Premiere Leage team Mumbai Indians, own by Mukesh Ambani. 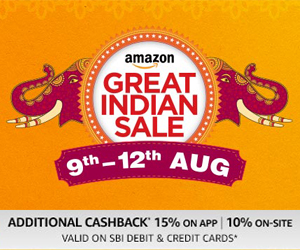