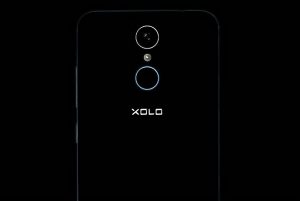 Xolo is an Indian Smartphone maker, which got launched in 2012 by Lava International in India. It is considered as a subsidiary of Lava. It is among the first companies to manufacture an Intel processor with Android. Xolo has developed its own HIVE UI for its phones for better compatibility. It is also the first Indian manufacturer to partner with AMD for the launch of WIN tablet. It has set its field in the segments of android phones, windows phones, tablets, laptops, power banks etc. Xolo is a highly growing brand in India. Every product of Xolo has been highly appreciated by the users.

Recently Xolo has marked its flagship with the launch of its ERA 2. Xolo ERA series has got a good impression among the users. Now Xolo is all set to add another excellent Smartphone to the ERA series. On 5th of January, Xolo is going to launch Era 2X at New Delhi. This Xolo phone can be considered as a successor to Xolo Era 1X. Its specifications and prices are not revealed yet. 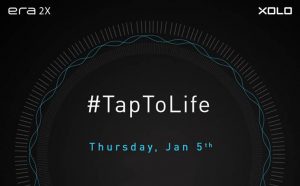 Looking up to the specifications of Xolo’s Era Smartphones:-

• Xolo Era 1X was priced at Rs. 4,999. It features a 5-inch HD display. It has 1 GB of RAM with 8 GB of internal storage capacity. This model has been powered by a 1.3GHz Spreadtrum SC9832A quad-core processor. The camera has been a fabulous part of this series. It supports an 8-megapixel rear camera followed by dual-LED flashlight and a 5-megapixel Selfie camera. It has a removable battery of 2500 mAh. 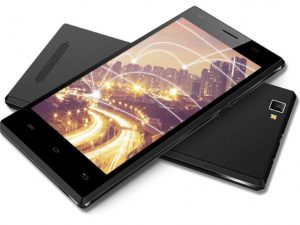 This provides all the features which are needed in a Smartphone and books a valuable position in the market for the category of ‘under Rs. 5000’.

• Xolo’s Era 2 has some modified features as compared to the above phone. Its price has been set at Rs. 4,499. It features a 5-inch display with 1.3GHz quad-core processor. It has 1 GB of RAM followed by 8 GB of internal memory. It has a rear and front camera of 5-megapixel. It carries a battery of 2350 mAh.

This supports VoLTE which can enhance the high-speed internet along with real-time video calls and audio calls.

Knowing the features of ERA series, we can predict that, Xolo Era 2X can be a enhanced version of both the phones. Xolo is popularly known for its budget-oriented Smartphones. So the price of Era 2X will also in a good budget. Also Xolo revealed that there will be a new feature –“Tap to life” in the upcoming Era 2X. This model will be exclusively available with Flipkart.