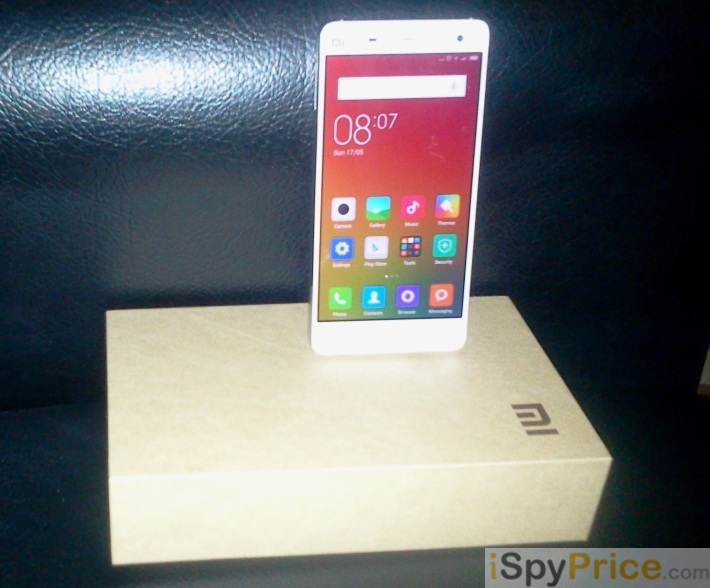 Xiaomi Inc. has been a much talked about brand ever since it made its foray into the Indian smartphone market. Xiaomi’s previous and current flagship smartphones have been runaway success stories. The Mi3 was a great phone in terms of performance in its price range and even though Xiaomi has launched Xiaomi Mi 4i in India, at just Rs. 12,999, and despite the fact that it boasts of great specs, the Mi4 remains Xiaomi’s current flagship product in India.

So how does the Mi4 stack up against its competition in terms of performance? A good way to analyse performance metrics for a smartphone is to put it through a benchmarking routine. For the purpose of this post we used the AnTuTu benchmark for obtaining scores and conducting a performance evaluation of the Mi4.

Specs on the Mi4 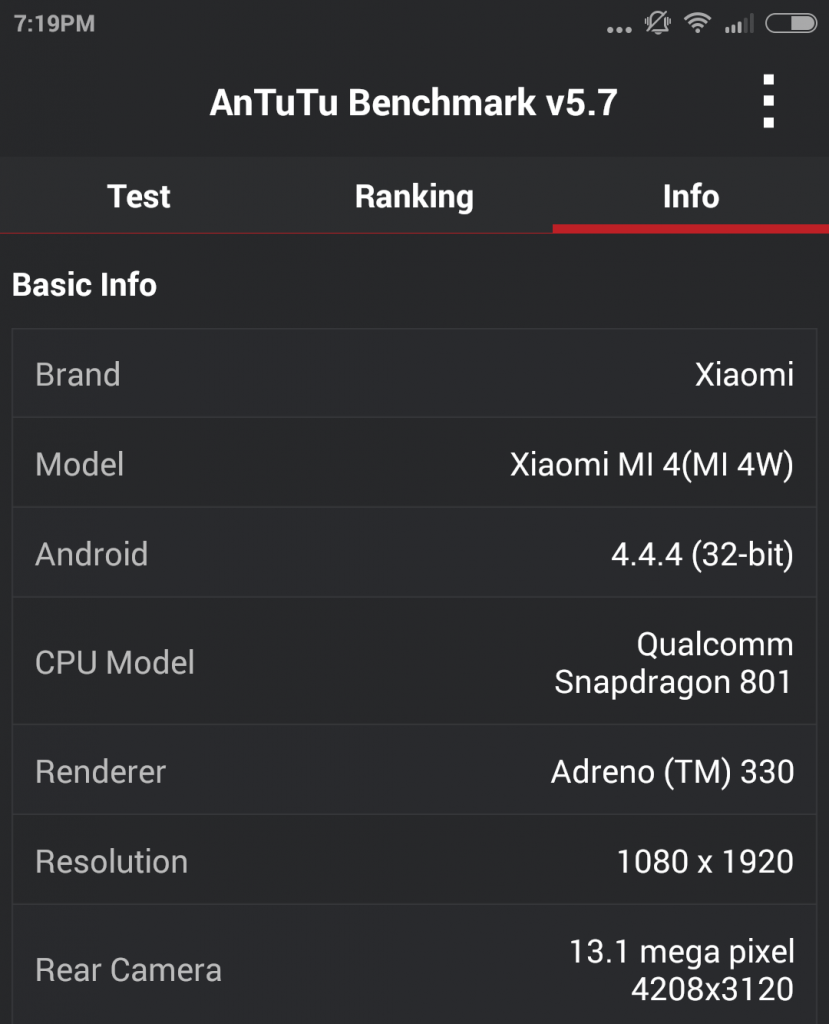 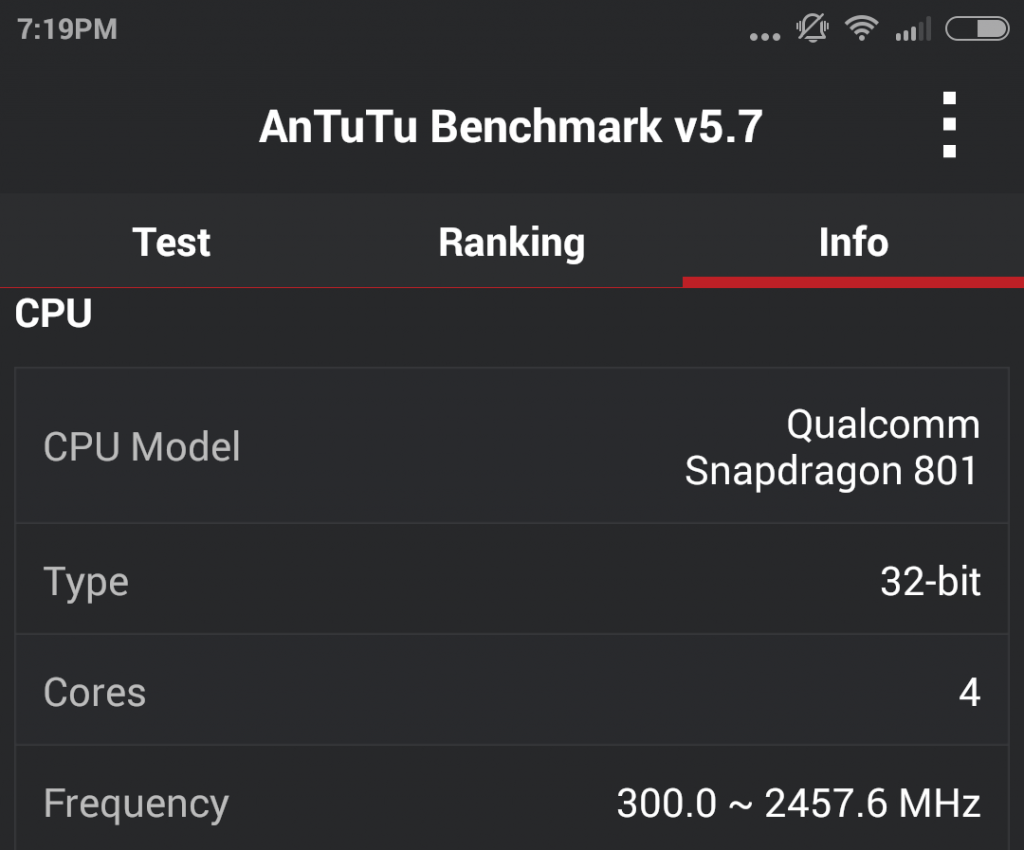 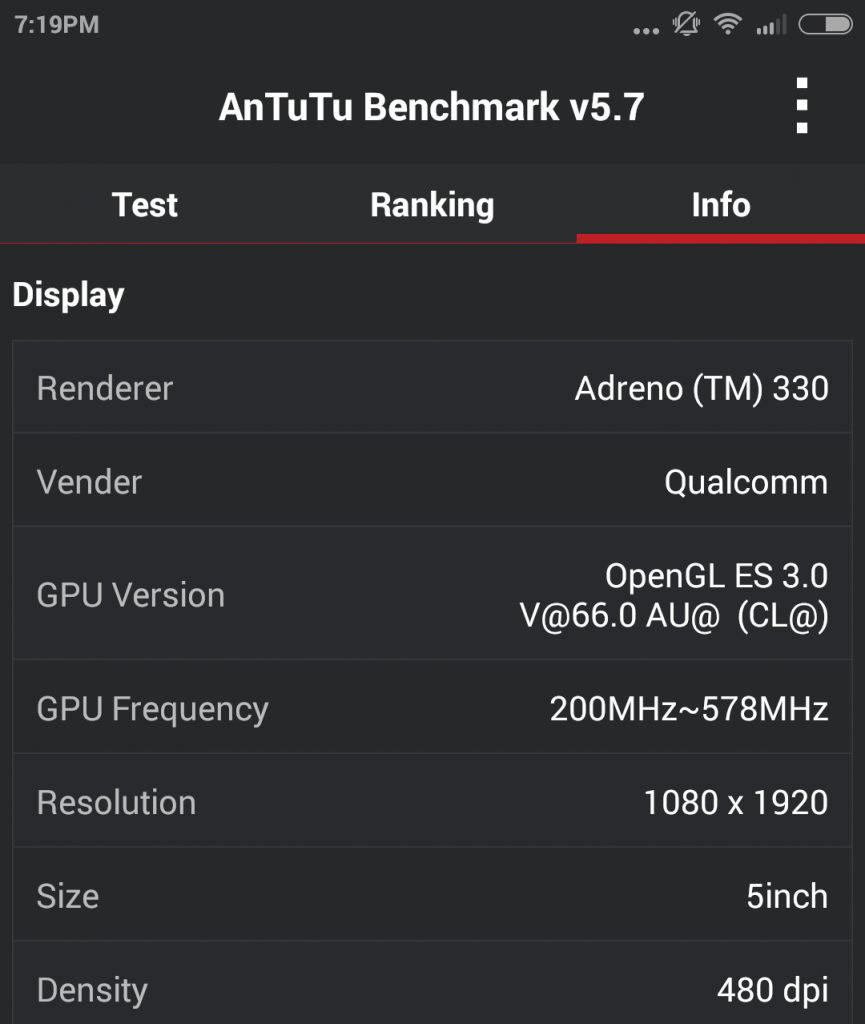 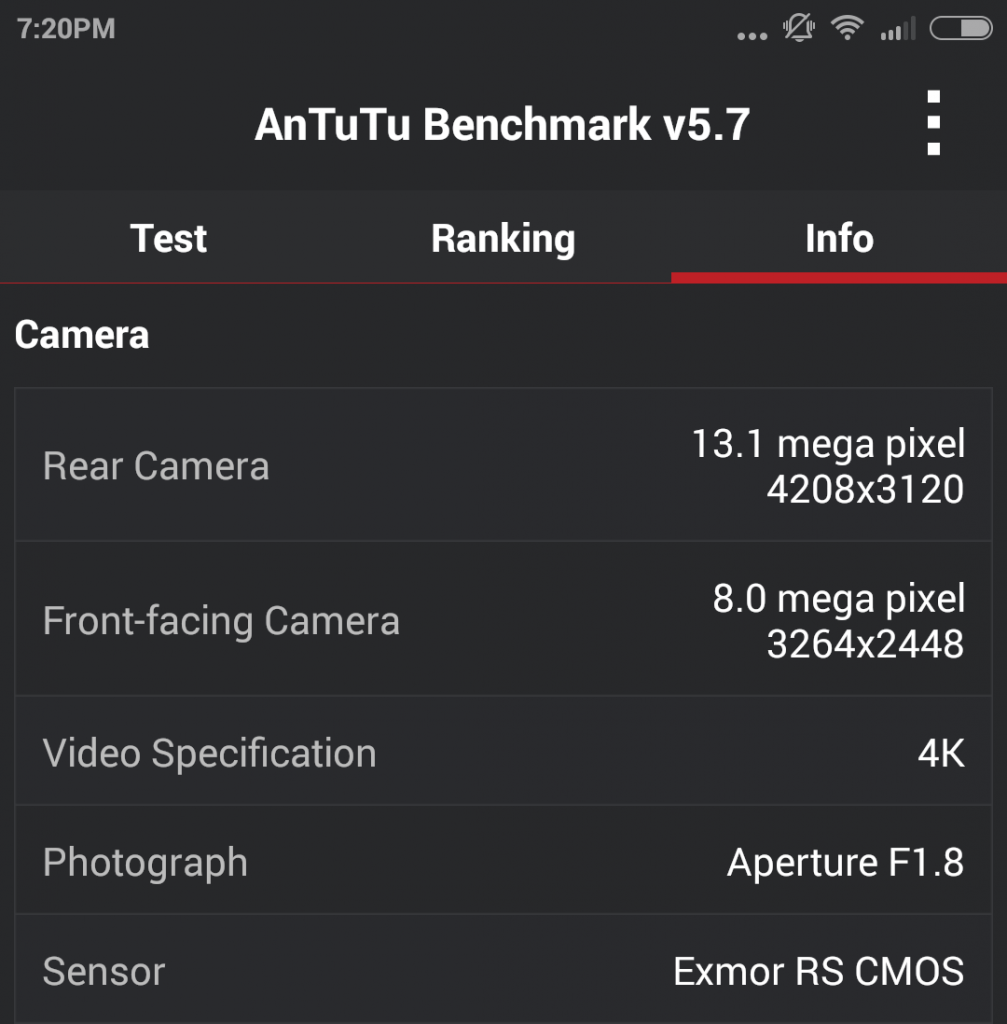 We ran three benchmark tests on the Mi4 and given below is the highest points scored by the Mi4 out of all three tests. 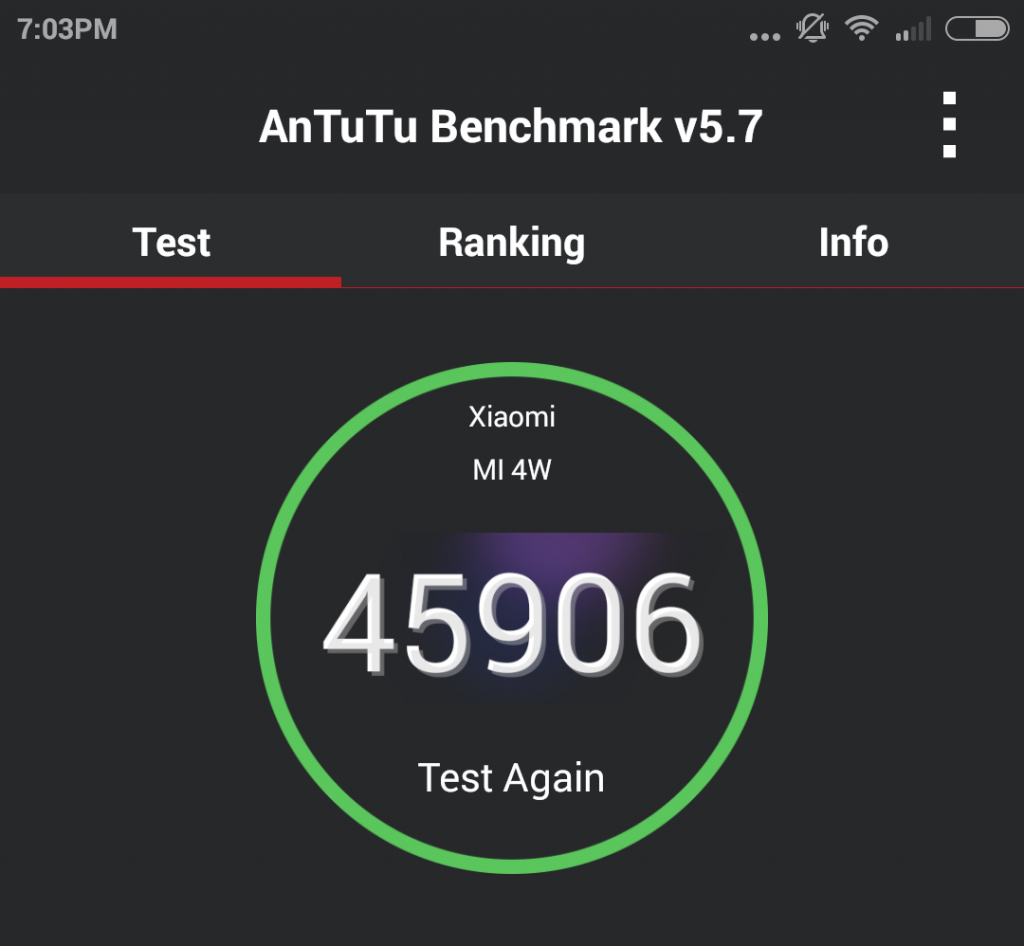 That is an astounding benchmark score for a smartphone in the Mi4’s price range. What makes the Mi4’s benchmark score even more commendable is that some of the most advanced and high-priced smartphones in the market haven’t been able to notch up such scores.

To understand our argument better have a look at where this Mi4 benchmark score ranks when pitted against the scores of all the top performing Android phones in the market today.

Notice that the Mi4 device used in this performance review scores even better than the average Mi4 benchmark score on AnTuTu’s public list. It is important to mention that we did not enhance the performance of our Mi4 device in anyway. The Mi4 we had consistently threw similar results as the one we have quoted above.

That Mi4’s camera is one of the best in the business today is no secret. While the rear camera on this device is a 13.1 megapixel beast, the front camera packs an extremely impressive 8 megapixel. These specs may not be revolutionary given what some of the other brands are offering, but it is always the quality of the camera that should count and not the megapixels loaded to a smartphone’s throat. I recently reviewed the Yu Yureka which has similar camera specs to boast but doesn’t live up to what it promises when it comes to the quality of pictures captured through its lens. Having reviewed dozens of high-end smartphones I can assure our readers that as per my analysis and experience, the Mi4’s camera quality is second best only to the camera on the vivo Xshot.

Here are a few snaps taken from the Mi4.

Graphics on the Mi4

Modern smartphones come bundled with incredible CPU power and GPU capabilities to boast. However, other than high-end games, Android smartphones haven’t really had the opportunity to tackle top-tier applications that may test their processing powers. So we tested the graphics on the Mi4 using a game that requires high rendering capabilities – The Transformers: Age of Extinction. 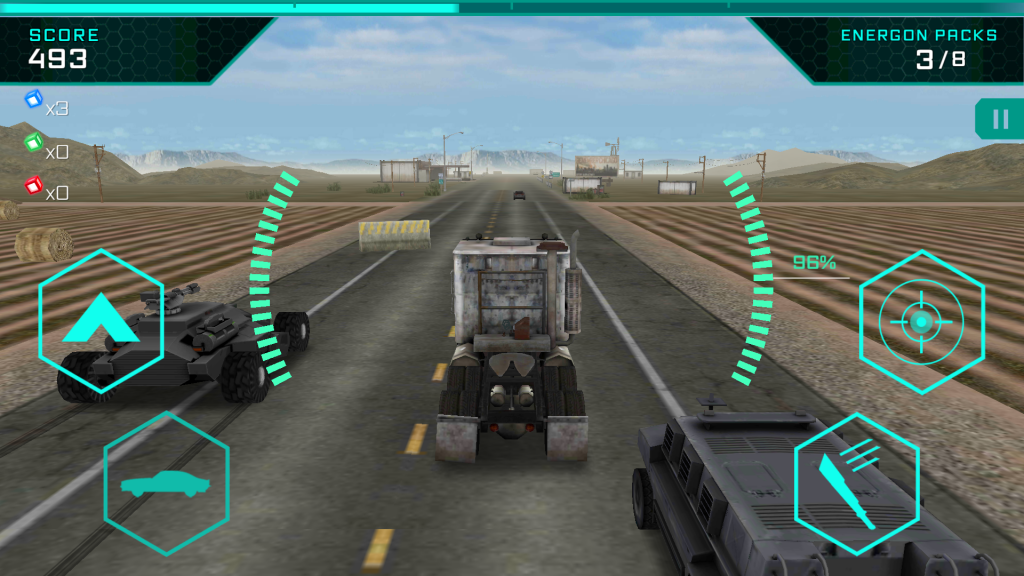 Even when fast rendering is required the Mi4 does not lag. The gameplay remains smooth and the processor handles the load very well despite facing a 3D game engine at its peak. 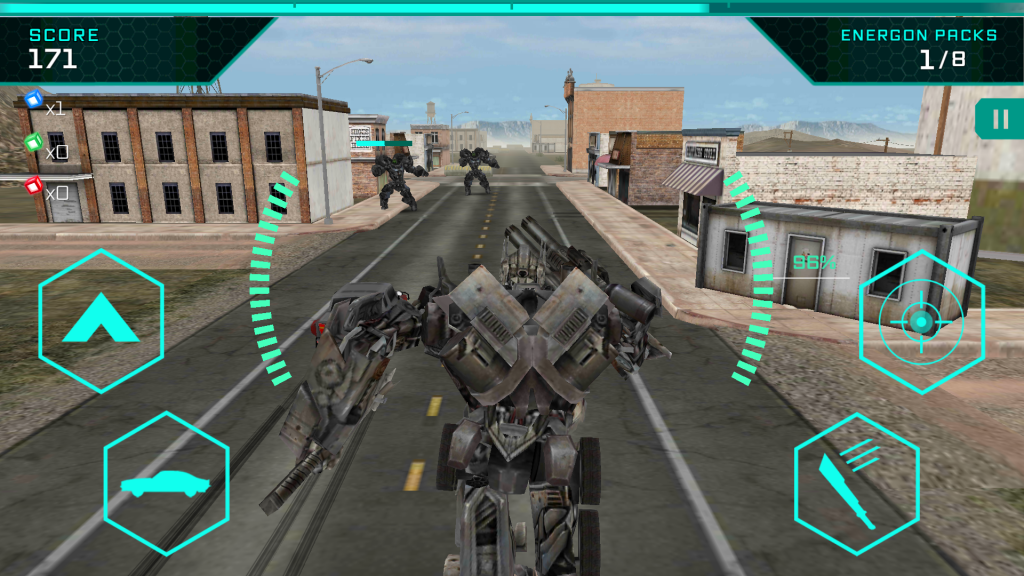 While the Mi4 comes out all guns blazing when it comes to graphics performance it does heat up when dealing with high-end games for an extended amount of time. But that is expected of any current smartphone. So how do we determine whether this heating translates into something that could be potentially troublesome in the long run? Yes, a stability test.

We put the Mi4 through AnTuTu’s stability test and here are the results.

As you can observe in the charts above, the Mi4 manages to remain stable for a majority of the test duration, but when faced with a constant rise in temperature after touching the 37.5 degree mark on the temperature curve for a brief moment the CPU experiences an interrupt, but the same CPU interrupt signals a quick recovery and the device stabilizes quickly.

We reckon that the Mi4 manages temperature changes well and maintains an overall stable state.

For its performance the Xiaomi Mi 4 is priced at a ridiculously low Rs. 17,999 for the 16 GB version and is available through flipkart in India. It is important to mention that the Mi4’s low price has nothing to do with the quality of its hardware. The Mi4 has a consumer friendly price only because of its online sales model that allows it to reach the consumer directly without having to pay the national or domestic distributors any commission on cost. 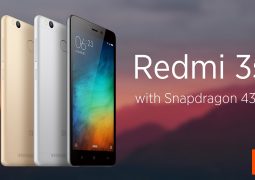 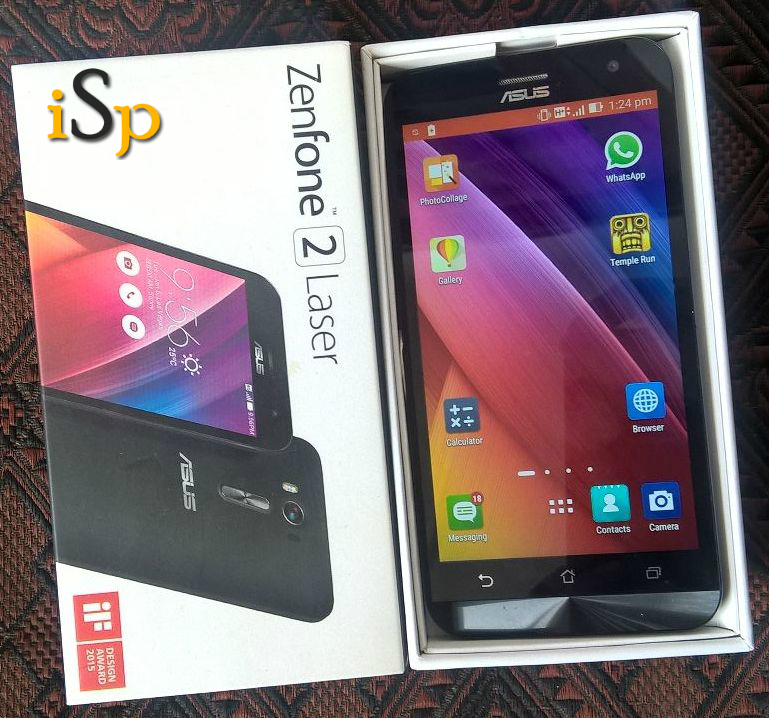 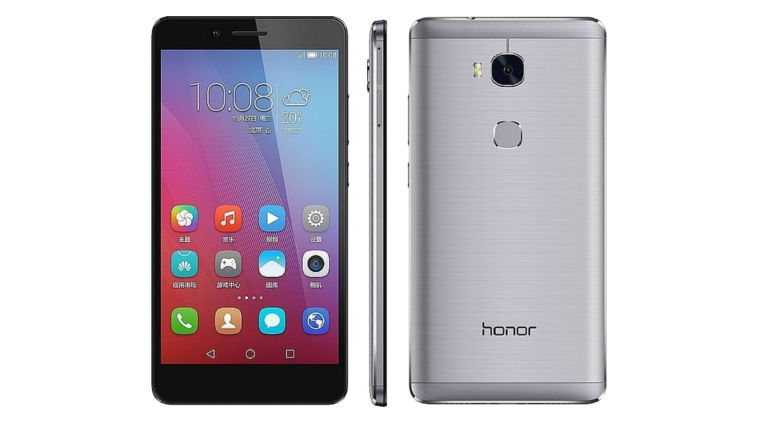 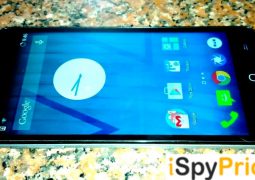 5 Promotion Strategies That Will Fix Your Content Marketing Woes

If you have ever run an online business you know how incredibly important content is to your business. Content is...