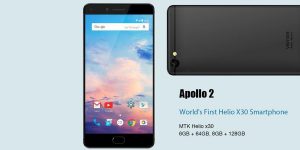 MWC 2017 is held in Barcelona this year and many phone manufacturers are gearing up for their launch during the event. Vernee confirmed the launch of Apollo 2 during MWC 2017 with its major highlight being the massive 8GB RAM. It is also the world’s first Helio X30 smartphone. Last year during MWC 2016 Vernee launched its Apollo smartphone in March with 6GB RAM. Well if its hits the market first, it will be the first phone with 8GB RAM available for purchase. However, Asus ZenFone AR was the first phone launched with 8GB RAM during Q2 2017.

Features expected from the Vernee phone

It was claimed by Vernee via a Twitter post that its Apollo 2 phone that is due to be launched during MWC 2017 will be the first smartphone in the world to be powered by Helio X30 processor. However, the phone will be manufactured in two variants based on its inbuilt memory with one variant possessing 6GB RAM along with 64GB ROM and another variant possessing 8GB RAM along with inbuilt storage of 128GB ROM. As reported by GSMArena, the phone is expected to sport a QHD display screen. 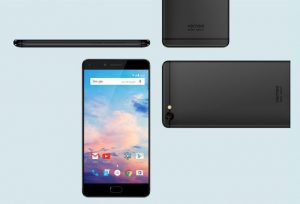 The company claims that it is the first phone to be powered by MediaTek Helio X30 processor which was introduced last year in August. The processor is the successor for the Helio X20 processor and is built based on TSMC’s 10nm FinFET architecture along with Quad Core PowerVR 7XT GPU. The latest Helio X30 is able to support camera with sensor as high as 40-megapixels along with 24-megapixels support for video capture. It also supports 8GB RAM of internal memory. The latest processor is superiorly powerful and smooth.

The Deca Core Media Tek Helio X30 has 2.8GHz clocked 4 Cortex A73 cores, 2GHz clocked two Cortex A35 and 2.2GHz clocked 4 Cortex A53. Along with that the chip supports a modem with aggregation of three carrier and Cat.12 LTE. As of now the company has not officially announced much about the phone except for its tentative launch. With 8GB RAM it is expected to grab lot of eyeballs across the world.