Lava has launched the Lava Z10 Smartphone in the recent past and now the firm has announced an upgraded version of the Smartphone. The Smartphone has got an upgrade in terms of RAM Size and all other specs are just same as the previous variant. The device is available for purchase and Lava has priced it at Rs 11,500. More about the device (specs, design, price, availability etc) is given in the following sections.

About the Upgraded Lava Z10 Smartphone :

Lava Z10 Smartphone was launched with 2 GB RAM and now it is available in a 3 GB RAM variant at a price of Rs 11,500. The Smartphone is available via firm’s retail stores. There are two replacement policies along with the new upgraded Lava Z10 Smartphone, first is the 30 Days Replacement Policy (Allows User to Get Smartphone Replaced in Case of Hardware Damage within 30 Days) and the second is the One Year Display Screen Replacement Policy (which allows the user to get the Display Screen Replaced within One Year). 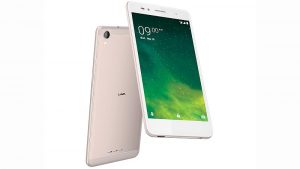 The Lava Smartphone has a 5 inch HD IPS Display Screen with 720 x 1280 Pixels Resolution a 2.5D Curved Glass on Top. Powered by an Octa Core Processor, The device has 16 GB Internal Storage (expandable up to 128 GB). The Smartphone runs Android 6.0 Marshmallow based Star OS 3.3 Operating System. On the Optics front, the device has an 8 megapixel Rear Camera (with f/2.0, Bokeh Mode, Night Pro Mode and LED Flash) and a 5 megapixel Front Camera (with Spotlight Flash). The Dual SIM Smartphone has a 2620 mAh Battery that supports ‘Power Saver Mode’ and ‘Super Power Saver Mode’. Other features of the Smartphone are Multilingual Keyboard (with 11 Regional Indian Languages Support), Smart Gestures, OTG and 3 Point Touch.

Acer has recently launched its new devices just ahead of Computex in Taipei (Taiwan). There are Laptop, Upgraded 2-in-1 and...