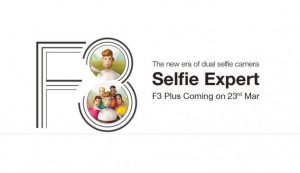 Oppo is all set to launch its F3 Series Smartphones. The Smartphones will be Oppo F3 and Oppo F3 Plus. The firm has already sent the invitation for its event on 23 March. Oppo’s spokesperson said that 23 March event will be focused on launch of Oppo F3 Plus Smartphone but Oppo F3 Smartphone’s details will also be announced at the event. All about this announcement and the Smartphone is detailed here.

• Price and Availability Details will be announced on 23 March.

• The new Oppo Smartphone will have Dual Selfie Camera Setup.

Expected Specifications of the Oppo F3 Plus Smartphone :

Most notable thing of the Oppo Smartphone is its Dual Selfie Camera Setup. It will have a 16 megapixel Main Camera along with an 8 megapixel Sub-camera in Dual Selfie Camera Setup. The Selfie cameras may also have Oppo Beautification software along with 120 Wide Angle Lens. Oppo F3 Plus is may have a 6 Inch Full HD Display Screen with 1080 x 1920 Pixels Resolution Support. Powered by a Snapdragon 653 Processor, it may have 4 GB RAM. The Device may come along with 64 GB Internal Storage and 16 megapixel Rear Camera. It has 4000 mAh Long Lasting Battery and around 185 grams Weight. 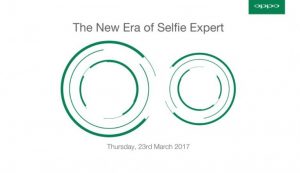 Availability of the Oppo F3 Plus Smartphone : 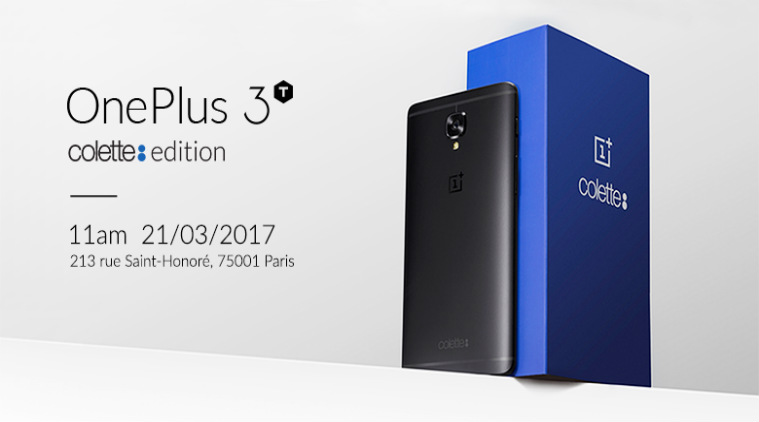 OnePlus 3T, the Smartphone which was available in Gunmetal and Soft Gold Color Variants is now available in All Black...