The market was abuzz with Nokia’s exit from the mobile handset domain, but looks like it is all set to take the plunge all over again. The failure was all due to the smartphone and its only feature, the camera, which is too little for a phone to get popular.

Are you a Nokia fan?

Die-hard fans are always looking for technology that keeps re-inventing itself with prices to match, and it’s never a bad time to challenge the existing mind set. So, Nokia is all out to re-engage its fans with a newer, better product line at the lowest and most competitive rates.

Tech rivalry leads to better products for all

All mobile handset fans know about the existing rivalry between Nokia and Samsung in the handset domain, and so many new features and posts exist about the two revolutionary companies.

Customers are agog with fascinating news feeds about both companies, and the rivalry has produced some of the greatest features that any mobile phone can operate on.

The tech giants Google and Apple remain the most serious threats to Nokia who is trying its level best to enter the market again. All Nokia fans will still remember the most popular and prestigious Nokia handsets that the tech savvy market worldwide devoured.

While Samsung is very proud to launch 2 new handsets, viz, the Galaxy Note 5 and the Galaxy S6 Edge, Nokia has shocked all mobile handset aficionados with an announcement to re-launch its mobile handset business.

Samsung’s Galaxy smartphone has a larger screen, something that all customers look for.

The steps to re-launch by Nokia

In its attempt to get back into the handset race, Nokia has already started hiring new and efficient software experts, and it has also started scouting out sales partners for its mobile handset business. In this way it’s giving quite some stiff competition to the Samsung Mobile.

Guidelines that will work for Nokia:

The 2 Samsung handsets possess phones sporting octa-core Exynos 7420 processors, 4GB RAMs and 32- or 64GB of storage, while a number of top notch job options are visible on Nokia’s tech announcements’ page, with many of these jobs being in product development and some of them being for Android engineers for Nokia devices.

Apart from that, Nokia has also confirmed news that although it was slated to fire 70 employees, it has now fixed this amount at 35. If all these steps don’t provide the right timing for Nokia’s smartphone business, then what else will?

The right time for Nokia

Nokia has some of the world’s greatest patents, so it will go all out to release these patents worldwide as it has the technology and ability to go right back to the numero uno position in the mobile handset market.

But what is most challenging for Nokia is the Apple iPhone market, and Apple itself has already gathered 90% of the worldwide market share in mobile telephony. Google and Apple remain the stiffest competition to the brand of Nokia.

Nokia’s spokespersons have revealed that it will design new handsets of its patents and then hand out royalties, and later, it will let other companies manufacture and market the new releases.

Fans wait with bated breath the release of the next Samsung mobile, which may play spoiler to Nokia’s undisputed leadership position.

Whether the company regains its lost luster remains to be seen, and while Nokia will reassert its dominance in the mobile handset market, its ability to stay on top will be notoriously challenged by other competitors like Apple, Google and Samsung mobile.

So, fans wait and watch as the tech giant reveals its future plans to take on the might of Google and fight for its place in the sun. 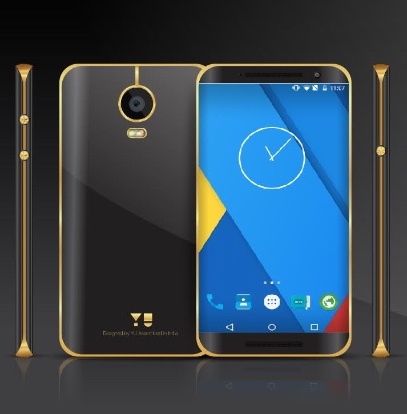 Over the last couple of years you would be forgiven for believing that Micromax was a company on steroids. The...