Selfies have been all the rage over the last few years and smartphone brands have used the word “selfie” to score good points with the customers for quite some time now. Companies have built entire marketing campaigns around selfies and the term has sort of become a new-age cultural phenomenon of sorts. So it shouldn’t surprise anyone when one of India’s leading smartphone maker launches yet another product that tries to capitalize on the popularity of the term itself while trying to position its product as a must have all “selfie lovers”.

The Gurgaon based company has launched a new smartphone named Micromax Canvas Selfie 4. Let’s take a look at the specification on this phone.

The Micromax Canvas Selfie 4 comes with a 5 inch display that has a screen resolution of 720 x 1280 pixels. The phones boasts of a 1.3 GHz Quad Core processor and a 1 GB RAM to go with it. The internal storage on the phone  is a standard 8 GB. Sometimes I am not sure if smartphone makers really think their way through the specs on the phone and try to balance it with the marketing claims that are supposed to maximize their sales.

So the Canvas Selfie 4 is supposed to sell as a “selfie phone” and the maximum storage on offer to store those selfies, among other things, is 8 GB? Now I am obviously not arguing that selfies would take up the entire 8 GB of storage space but if you are going to market your product as one which takes great photos, and so consumers should be taking more photos, than you know that storage space is somewhat of a criterion to keep in mind. 16 GB internal storage has pretty much become the standard right now and Micromax could have certainly done better in this regard.

More from iSpyPrice: Check out the detailed specs on the new Micromax Canvas Selfie 4 mobile

Another interesting bit about the dual SIM phone is that it is not 4G enabled. This is a 3G phone and while that is not a bad thing, considering the fact that Micromax itself is at the forefront of pushing 4G enabled phones in the Indian market over the last year or so it does seem a bit weird that the Canvas Selfie 4 isn’t 4G enabled.

Let’s take a look at the USP of the phone now – the cameras. The primary camera on the Canvas Selfie 4 is an 8 megapixel unit with LED flash and digital zoom and so is the secondary camera, or the selfie camera as it is better known. That may not sound like much but this is where the pricing of the product steps in.

More from iSpyPrice: Latest and popular Micromax phones can be found here

The Micromax Canvas Selfie 4 is expected to be priced Rs. 6,999 which means that a good selfie camera surely does qualify as an appropriate USP. If the phone is priced any higher than that I wouldn’t recommend it to anyone. But if Micromax wants to put a selfie phone in the market that isn’t high-end then this would have to be the appropriate specification and pricing for their product.

The phone comes with a 2500 mAh battery and is powered by Android 6.0 Marshmallow OS. Those specs certainly work in favor of the Canvas Selfie 4, considering the pricing of the product. 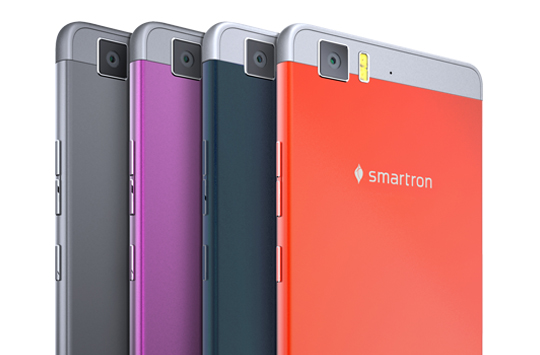 The latest entrant in India's smartphone market is a Hyderabad based company called Smartron. The company is basically an IoT...