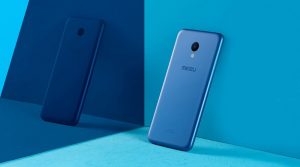 Meizu recently launched its smartphone after an long break named Meizu M5. This smartphone available in Blue and Champagne gold color variant which is exclusively available on Tata Cliq. Meizu M5 priced at Rs. 10,499 and its big highlight is its 13-megapixel rear camera with 4G VoLTE support. Meizu had launched this smartphone in china few months ago and now it launch in India.

• This smartphone exclusively available only on Tata Cliq in India.

Meizu M5 sports 5.2 inch display screen with resolution of 720 x 1280 pixels. The device support hybrid SIM slots (nano+nano). Its finger print sensor is found beneath the home button. If you need to fount the 3.5mm audio jack or speakers then you can found it at bottom of smartphone and power and volume buttons are at right edge. The device made up with polycarbonate plastic unibody and runs on Android Marshmallow with Flyme OS 5.5 skin. 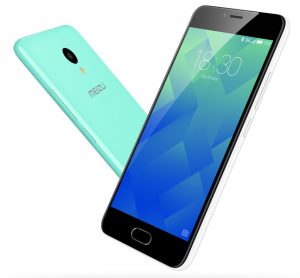 When thing comes to its processor then it is powered by MediaTek MT6750 octa-core processor and 3GB of LPDDR3 RAM. The device is available in two variants 2GB RAM/ 16GB storage variant is priced at roughly Rs. 6,900 (around CNY 699) and another variant is 3GB RAM/ 32GB storage variant is priced at Rs. 8,900 (around CNY 899). The device comes with 13 megapixel rear camera and 5 megapixel front camera with f2/.0 aperture. Its finger print scanner is the main highlight of this smartphone in which you can store upto 5 different finger print.

Meizu’s marketing head Leon Zhang, commented on launch of Meizu M5 smartphone ” We had launched M5 in China market a few months ago and within a short span of time, this particular model bought various accolades for Meizu ‘s M series. This overwhelming response further inspired us to introduce this device in Indian market which evidently is one of the key markets for Meizu.”