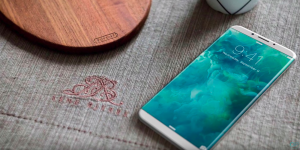 Rumors and Leaks about the Apple’s “iPhone 8” are spreading all over the Internet. The launch of device is far ahead yet these rumors and leaks suggest a lot of interesting things about iPhone 8. The latest iPhone 8 Concept Video suggests various things about the device as well as there are various more leaks that tell a lot of things about iPhone 8. There are reports that suggest that iPhone 8 will not go on sale till October while another report suggests that there will be two variants of the new iPhone 8. More about this news is reported in the following sections.

The Concept Video has come from designers Thiago M Duarte and Ran Avni. This video gives various suggestions about the expected changes in the iPhone 8. The device has Edge-to edge Display Screen, OLED Panel Colors, Front Camera Behind Display (Camera is Almost Hidden), Function Bar (at Bottom), Fingerprint Sensor (embedded underneath the display), Dual Speakers (at Bottom Edge), Ceramic Back (Not Glass as Leaked Earlier) and the White Color Variant according to the Concept Video. 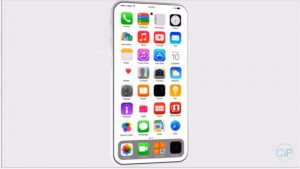 Other Leaks About iPhone 8 :

Nikkei : Reports from Nikkei says that iPhone 8 will be launched in October or November. The report also says that OLED Panel (Samsung is facing problems in the supply of OLED Panels demanded by Apple), Miniature Circuit Boards and Wireless Charging Parts are the possible reason for this delay.

MicGadget : Another report from MicGadget says that Apple may launch two variants of iPhone 8 (May Be Dubbed As iPhone 8 and iPhone 8+).

The Chinese Smartphone Maker "ZTE" has launched its barnd new Smartphone "ZTE Blade Max 3" in the US. Priced at...