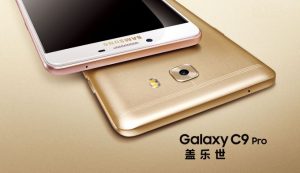 Samsung launched its Galaxy C9 Pro already in China and the phone was available from October 2016 for sale. According to reports the phone is expected to be launched in India on 18th January but yet the price is not disclosed. It is a mid budget smartphone that was launched in China at CNY 3,199 (around Rs 31,700) and price in India is also expected to be around the same figure. The report about its launch in India was first provided by Sammobile.

• The phone is powered by Android 6.0 Marshmallow and runs on the superior Octa-Core Qualcomm Snapdragon 653 SoC processor. Four of the cores is clocked at 1.95GHz and four clocked at 1.4GHz.

• The phone flaunts of full HD display screen with size of 6-inch along with screen resolution of 1080 x 1920 pixels and has AMOLED display.

• It comes with internal memory of 6GB RAM along with internal storage of 64GB ROM that can be expanded by up to 256GB in microSD card.

• The phone has both rear and front camera of 16-megapixel with features like f/1.9 aperture, dual LED flash and others. 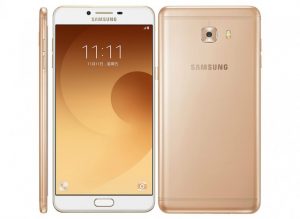 The Samsung phone comes with dual SIM connectivity with both slot supports Nano Sim. The phone supports 4G LTE connectivity for blazing fast internet, bluetooth for instant data transfer, compatible with Wi-Fi, GPS/GLONASS, supports NFC, Type C Port and 3.5 mm audio jack. The phone supports a fingerprint scanner on the home button and has a battery of capacity of 4000mAh with support for fast charging. It is light in weight weighing only 189 grams. 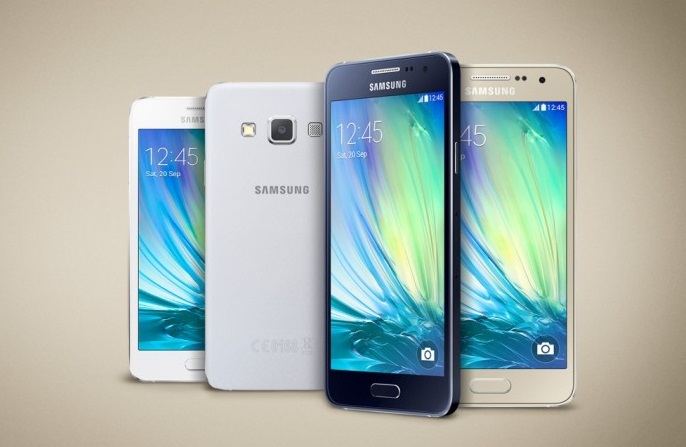 The A-Series phones from Samsung Galaxy namely Samsung A3, Samsung A5 and Samsung A7 are available for sale only in Russia...