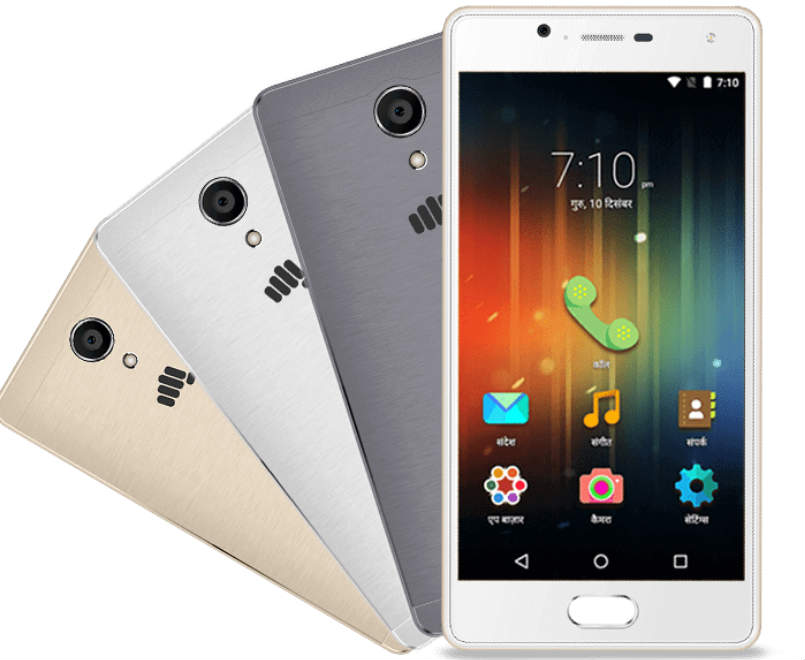 Notable Things about The Smart Phone :

• Equipped with various useful built-in apps of business as well as entertainment.

• According to features, This Smart Phone will be judged as a middle variant of Unite 4 and Unite 4 Pro. Key Specs & Features of The Device :

It is the successor of Unite 4 and Unite 4 Pro but it will sit right in between them as per the specifications. The biggest highlight of the device is its full metallic body along with a Finger Print Scanner placed at the Home Button. The Smart Phone runs Android Lollipop OS (Upgradable to Android Marshmallow OS) and supports Indus OS with 12 Indian Regional Languages. Indus OS gives features such as App Store in Regional Indian Languages, Free Messaging etc for the users. It has various useful apps such as Hike, Skype etc pre-installed in it.

Powered by 1 GHz Quad Core Processor along with 2 GB RAM, The Smart Phone has 5 Inch HD Display with Corning Gorilla Glass 3. It offers 16 GB Built-in Storage (expandable up to 64 GB) for Data Saving. It is equipped with an 8 MP Primary Camera with Auto Focus and a 5 MP Front Camera. Backed by a Long Lasting 2,500 mAh Battery, the device has connectivity features such as 4G LTE Compatibility, Wifi and Blue-tooth.

Price of Micromax Canvas Unite 4 Plus :

No pricing details are available yet but earlier Unite 4 Pro was available at Rs 6999 with mostly same specs that suggest the price of Canvas Unite 4 Plus will vary from Rs 6500 to 7500. Although the price is not specified yet but it is sure that it will be definitely a budget Smart Phone just as the earlier Smart Phones from Micromax.

Chinese consumer electronics brand Meizu has launched a new smartphone at an event in Beijing, China. This new product, called...