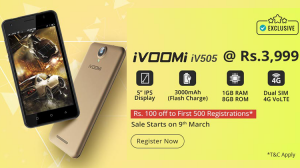 “iVoomi” (The Chinese Electronic Company) has now made its entry in the Indian market. The firm said that it is looking to launch various budget Smartphones in India. The firm has started to gain Indian Market by launching “iVoomi iV505” Smartphone with 4G VoLTE Support & 3000 mAh Battery at just Rs 3999. The new Smartphone is available at ShopClues Online Store. More about the launch event, the firm and the New Smartphone is detailed in the text below.

• The Device is Priced at just Rs 3999 and Available via ShopClues Online Store.

The Smartphone (iVoomi IV505) supports Dual Micro-SIM (Both SIM Support 4G VoLTE Network). Powered by a 1.3 GHz Quad Core Processor, the Device runs Android 6.0 Marshmallow Operating System. It packs a 5 Inch qHD IPS Display Screen. The Smartphone has 1 GB RAM and 8 GB Internal Storage which is expandable up to 128 GB via a Micro-SD Card. It has a 5 megapixel Camera with Flash at Back as well as a 5 megapixel Camera at Front. Other features of the device are Wifi, Bluetooth, GPS, Micro-USB Port and 3.5 mm Audio Jack. The Smartphone has 145.5 x 72.9 x 9.8 mm Dimensions. The iVoomi Smartphone has a powerful 3000 mAh Battery that supports ‘Flash Charging’. 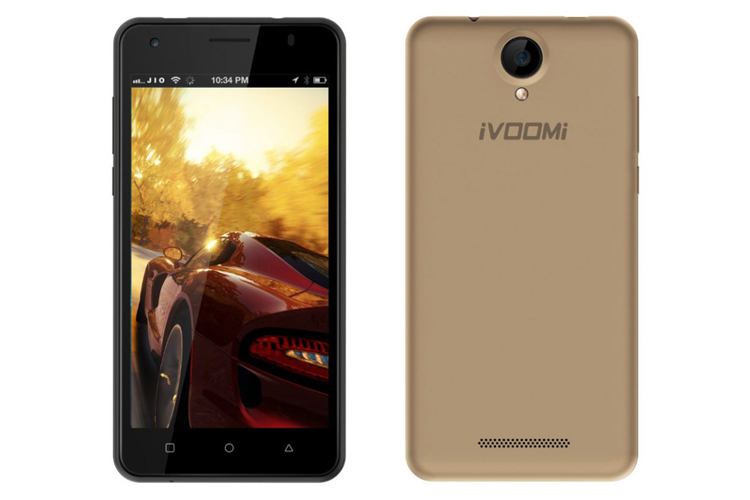 About iVoomi company and its plans :

Bradley Yan (The Global Business Head, iVoomi) said that all his team is committed to establish “iVoomi” in the Indian Market by launching fully featured innovative products at affordable cost. iVoomi is also going to launch Four New Smartphones in Indian Market and it is expected that all these devices will be available at a price of Rs 4000 to Rs 10000. iVoomi has amazing plans to get success in Indian Market thus it is looking to establish Firm’s Research & Development Center as well as its Manufacturing Unit in India by 2019.

This new affordable Smartphone (iVoomi iV505) is available via ShopClues Online Store and those who want to experience 4G VoLTE at affordable cost (Rs 3999 Only) should visit the store and can easily buy the device from the store. 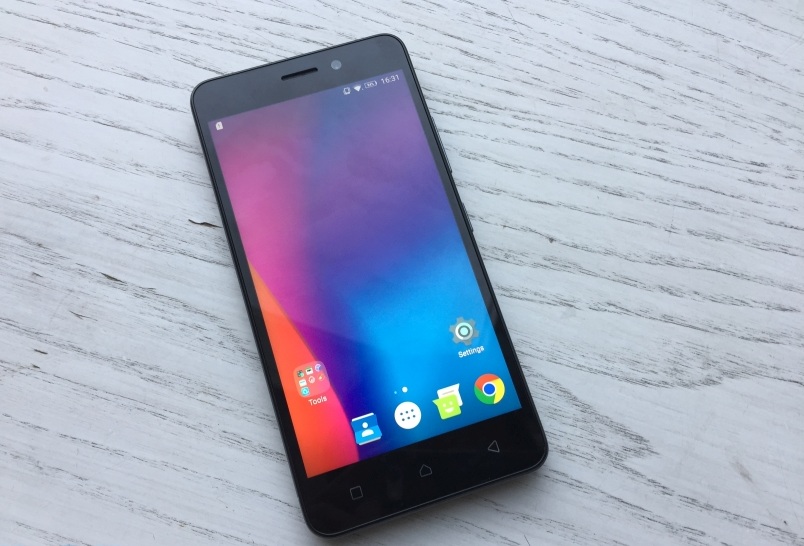 Flipkart Online Store always offers amazing offers for the users. This time Flipkart is offering the “First Open Sale” on...