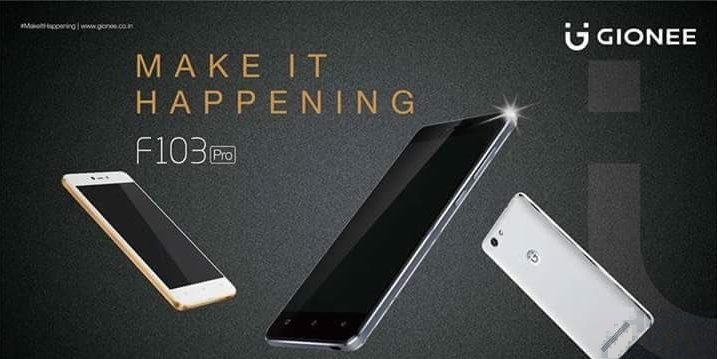 Gionee is back in action and this time with the new Gionee F103 Pro. This is of course a newer cousin of the Gionee F103 launched last year. While the F103 was available in 3 variants of 1 GB, 2 GB, and 3 GB RAM the F103 Pro is just one phone, at least as of now. Let’s take a look at the specifications on the Gionee F103 Pro.

The internal storage on the F103 Pro is 16 GB which can be expanded up to 128 GB if you are willing to invest in a microSD card. The phone comes with a 13 megapixel primary camera that, given Gionee’s previous record with cameras on smartphones, will surely be a treat to the photography enthusiast in you. The camera supports LED flash and auto focus. The secondary camera, often called the selfie cam, is a 5 megapixel unit.

The F103 Pro is a dual-SIM phone which supports 4G connectivity. The phone weighs about 143 grams. Now let’s look at the most amusing bit about the Gionee F103 Pro. This phone has a battery capacity of 2400 mAh. If you are wondering what’s so amusing about that specification, think back to the Gionee Marathon M series. 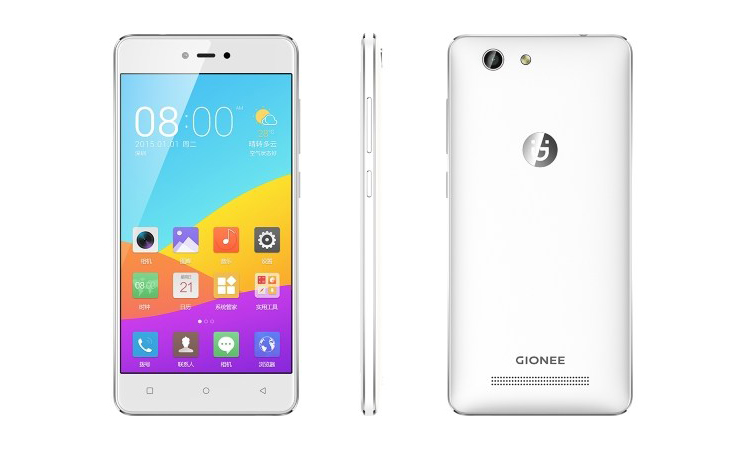 More from iSpyPrice: Check out the expected price of the Gionee F103 Pro mobile

Gionee has actually revolutionized smartphone battery tech by launching some of the most innovative and high capacity batteries ever seen on a smartphone. Picture this – Gionee Marathon M5 actually had a total battery capacity of 6020 mAh and the phone can also be used as a power bank and you can charge other phones using this one. And it has been a while since the Marathon M5 hit the market. So for Gionee to now offer a 2400 mAh battery on a phone that is priced almost Rs. 12,000 just sounds a bit absurd, to put it mildly.

Considering the fact that in the M series even the Gionee Marathon M5 Lite, which is priced Rs. 12, 741 as of this writing, has a battery capacity of 4000 mAh says a lot about the company’s ability to produce phones with great batteries at affordable prices. So why exactly is Gionee offering a 2400 mAh battery on the F103 Pro?

The answer to that question is as straight forward as it is absurd. The predecessor to this phone – Gionee F103 – had the exact same battery capacity. So basically what Gionee is doing here is that it is offering a successor after quite a long gap but despite being touted as the smartphone brand that makes the phones with the best batteries, it will stick to the old specification just for consistency’s sake. This is one consistency I don’t approve of but I am not part of the Gionee think tank so there’s that.

The one good thing about Gionee phones has been that they stick to the latest version of Android on each new product so we are not surprised to see the Gionee F103 Pro being powered by Android 6.0 Marshmallow OS. 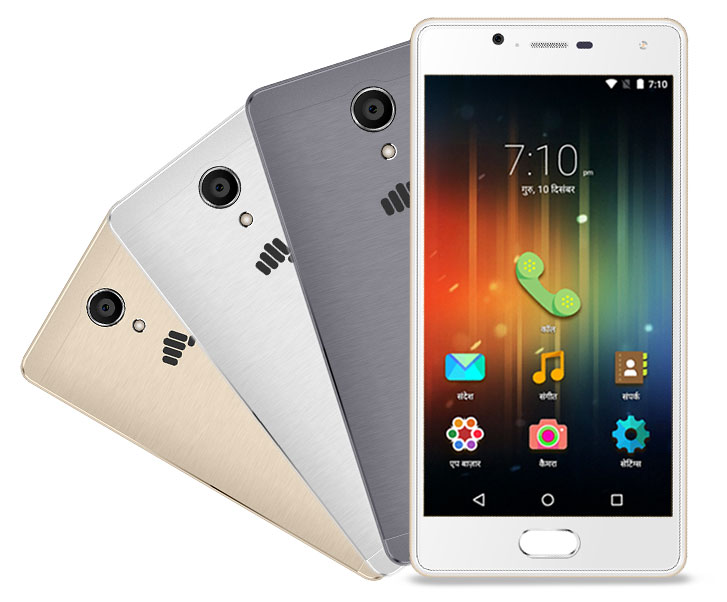 Micromax has unveiled two budget phones to its Unite series of smartphones. The Micromax Unite 4 and Unite 4 Pro...